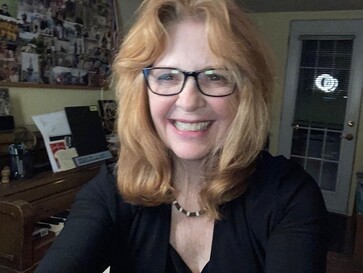 Barbara (Babs) Worthy is a writer/director/producer/performer. A former drama/documentary producer for CBC Radio, she also enjoyed a 20-year association with the Shaw Festival, including acting, writing, and producing. She teaches at Brock University, and is a creative producer and content provider for many local arts organizations, including Production Consultant for the TD Niagara Jazz Festival, and Director of Music Niagara’s Performance Academy. No stranger to the Niagara-on-the-Lake Museum, ‘Babs’ has written and produced numerous historical programs for the Society, including Cemetery Tours, the annual Remembrance Day concert, and a 9-part video documentary series, ‘The History of Niagara’. She was the writer/director of the Voices of Freedom Park audio installation, The Nawash Ojibway History Play, The Great Canadian Historical Songbook podcast, and two commemorative touring productions for Canada 150.  Her loyal assistant Louie has become the Museum mascot.